So the wedding of the decade happened yesterday and the nation as well as the entire world fell in love with Meghan Markle – I am in absolute awe of this woman. Before yesterday I kept telling everyone that I could careless about the royal wedding but please tell me why I spent the majority of the day retweeting photos and memes from the big day? I literally became obsessed and adored everything about the day.

Besides the dress what I loved most about their wedding was the way that the Duke and Duchess of Sussex mad Princess Diana a part of their day – it brought tears to my eyes. The wedding was full of subtle tributes to Harry’s late mother; Meghan walked down the aisle of St. George’s Chapel holding a small bouquet of flowers that included Diana’s favorite flower, forget-me-nots, picked from a private garden at Kensington Palace, where Harry grew up; her engagement ring included two diamonds from Diana’s collection; during the Windsor Castle ceremony, Meghan and Harry picked a hymn that was sung at Diana’s funeral in 1997 ― eliciting a tear from the groom; her incredibly beautiful long veil, a lace number including the flowers of all 53 countries in the British Commonwealth, yet another salute to Diana, whose train at her 1981 wedding to Prince Charles appeared equally long; lastly, Instead of gifts, the couple asked guests to make charitable donations to organizations close to their hearts, including the Children’s HIV Association, the anti-homelessness group Crisis, and The Myna Mahlia Foundation, an Indian women’s group. Diana was famously generous with her time and remained actively involved in charity work until her death; she was particularly involved in AIDS-related causes. They even left an empty seat beside Prince William to honour Princess Diana.

Now onto the fashion of the wedding, I have to say most of the guests looked amazing but there was the occasional guest who didn’t really bring their A game which was very disappointing – how can you come to a royal wedding looking ordinary? 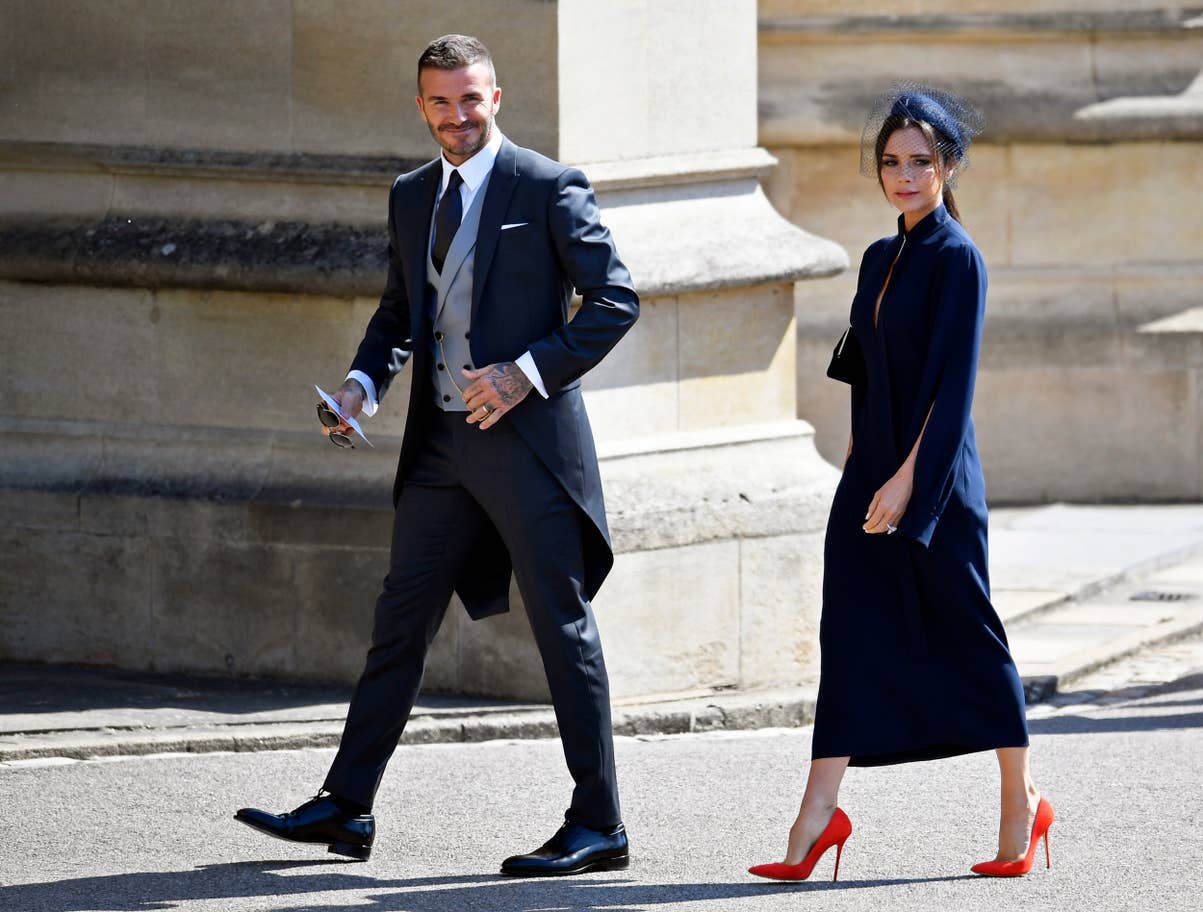 Victoria and David Beckham did not disappoint! I mean is there ever a time where the pair didn’t look amazing? They know how to dress for an occasion thats for sure – I cannot get over just how stunning they both looked! That red shoe adds so much of a statement to Victorias outfit and is a clear example of how simple goes a long way. 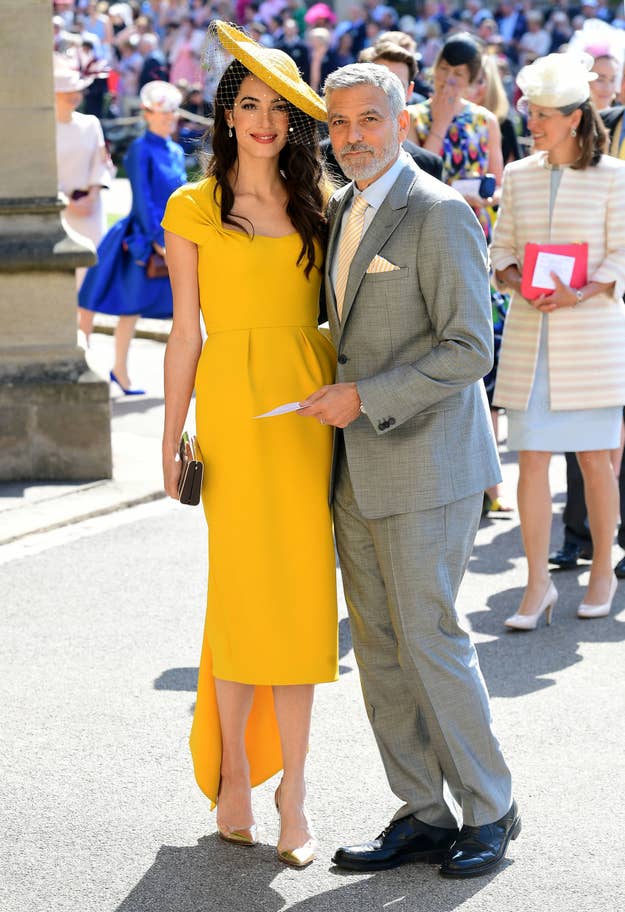 Amal and George Clooney. Yellow is most definitely Amals colour, omg doesn’t she look like an absolute dream! And come on lets be honest George Clooney looks good in anything – he is ageing well . 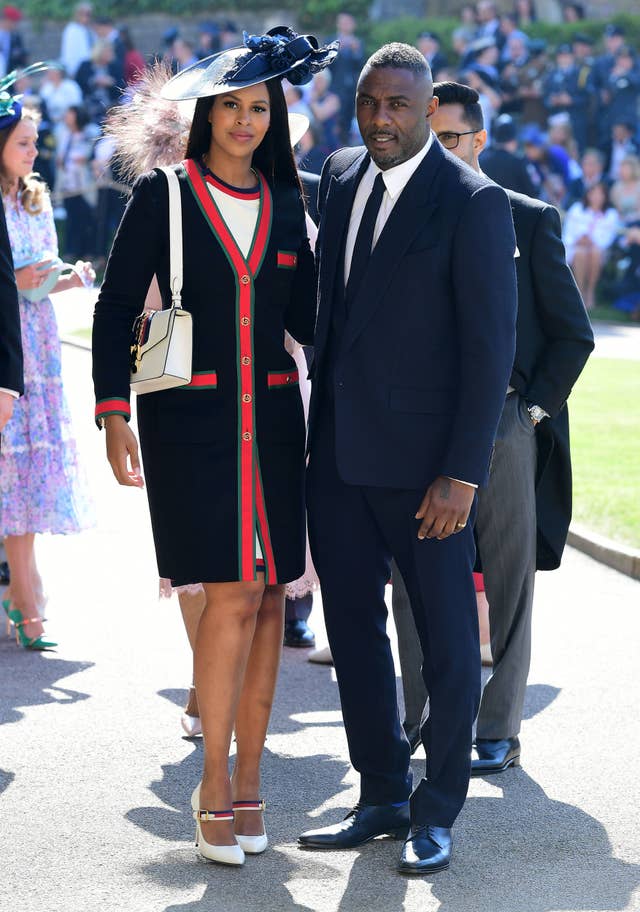 Idris Elba and Sabrina Dhowre. Idris you’re doing amazing baby but your fiancee on the other hand, wow, how can someone dress ordinary to the wedding of the decade – just because you added a fancy hat to your Gucci outfit, it doesn’t make it royal wedding appropriate b. 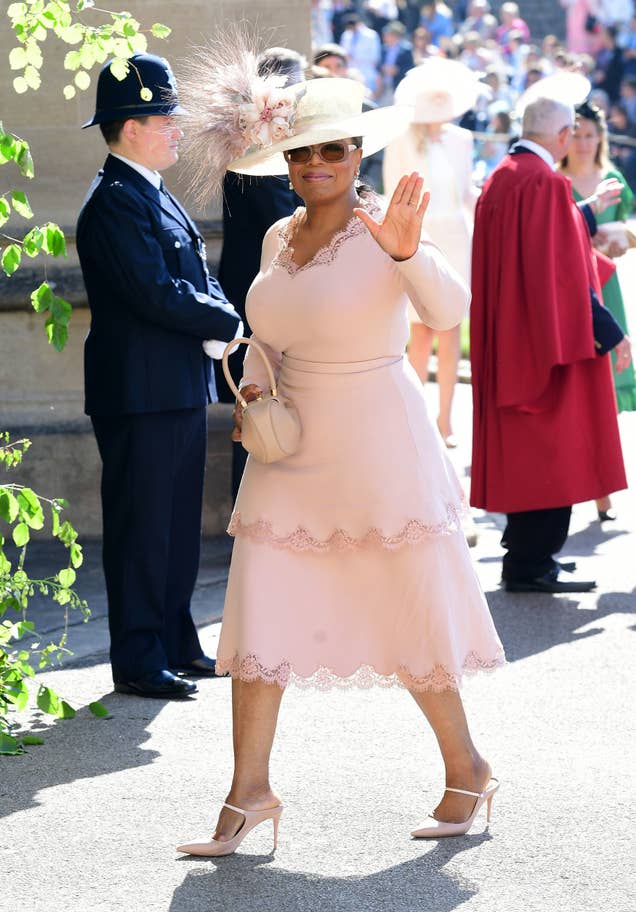 Oprah Winfrey. The Queen of America looked utterly stunning if I do say so myself. Oprah didn’t come to play when she chose this outfit – I love everything about it, the colour on her, the way it fits her body and just how beautiful it is. 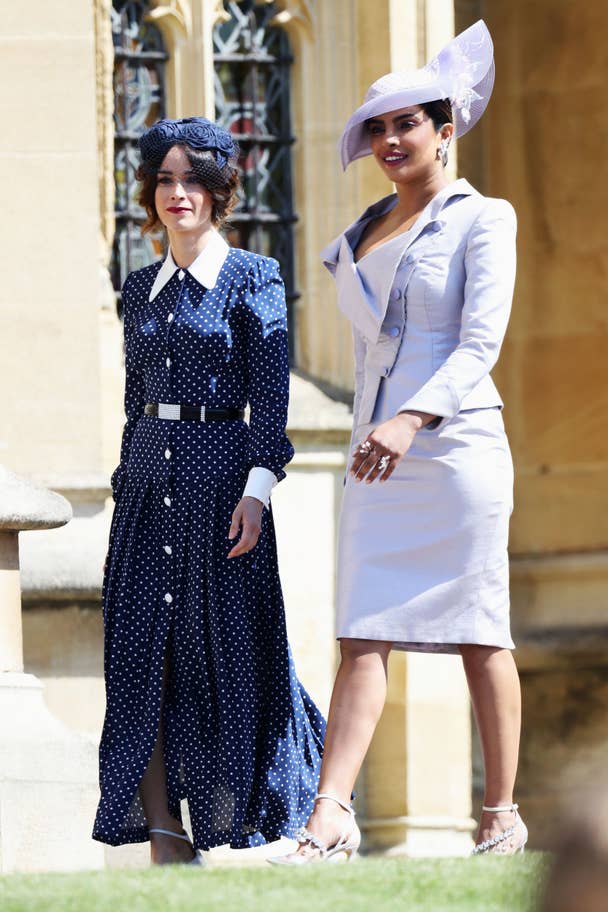 Abigail Spencer and Priyanka Chopra. Now this is how you dress to a royal wedding! Priyanaka KILLED IT! There is nothing more to say! 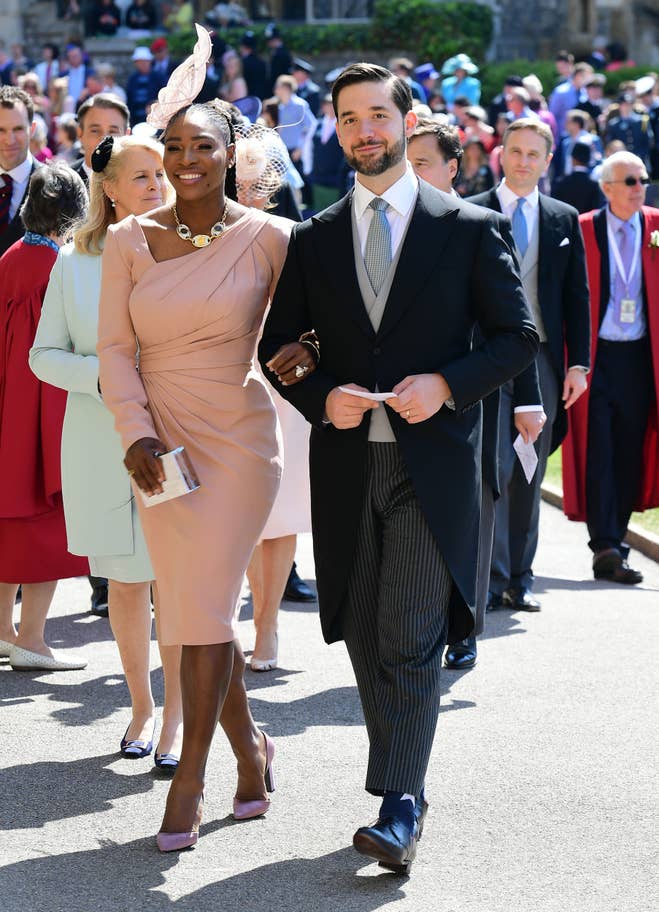 Serena Williams and Alexis Ohanian. This dress fits her in all the right places an d just look at the way that colour compliments her complexion! 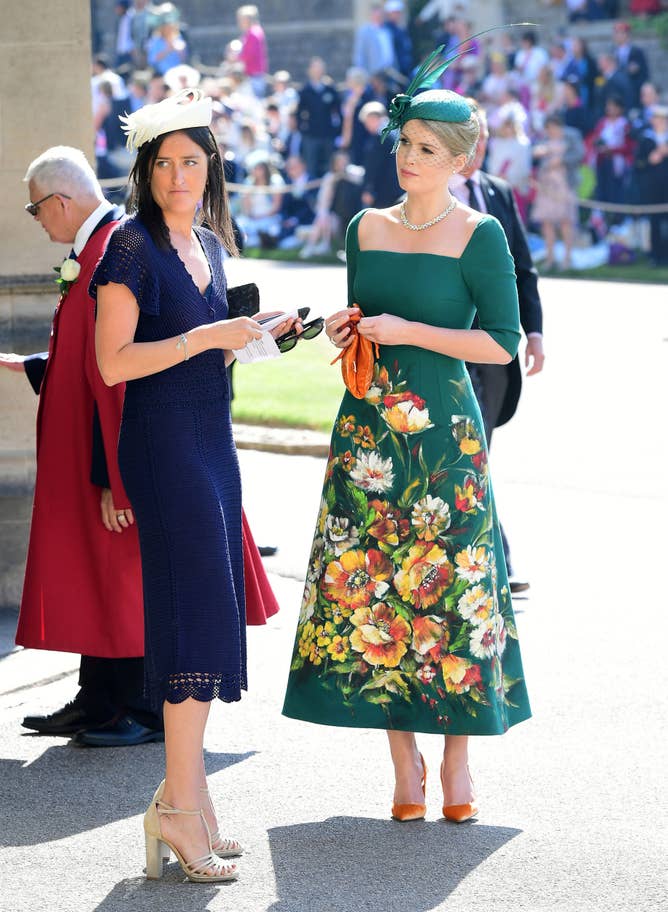 Lady Kitty Spencer. Have you ever seen someone look so GOOD in green because I haven’t. This look on Lady Spencer is EVERYTHING for me – I absolutely adore it on her. 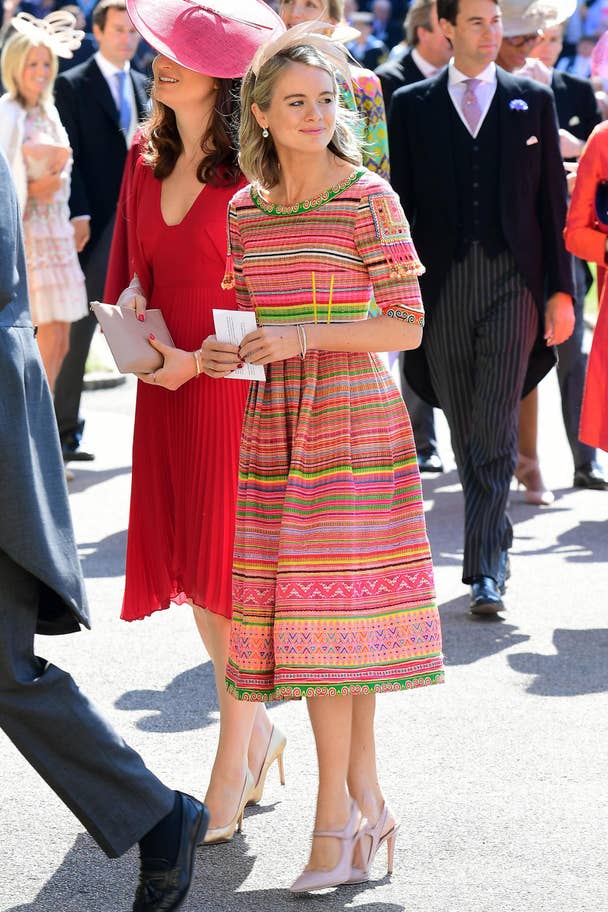 Cressida Bonas. In all honesty I’m not sure whether I love or hate this outfit – but it looks good on her, on anyone else I think I would probably hate it. 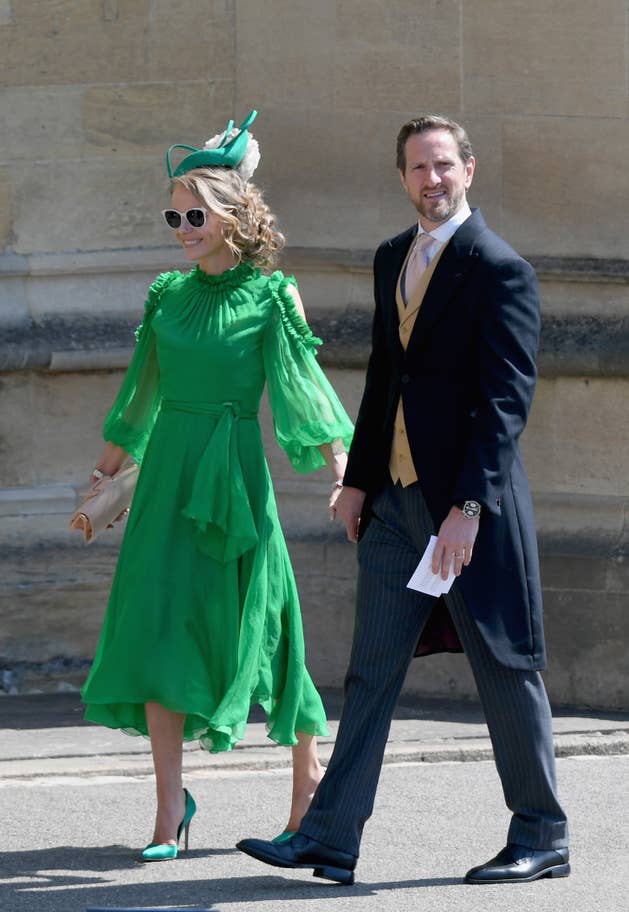 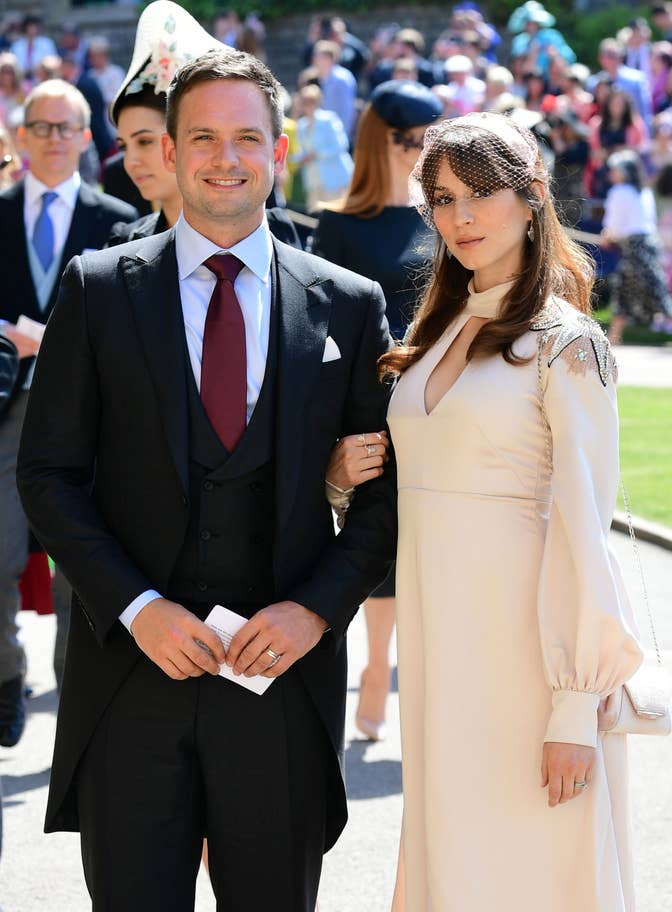 Patrick J. Adams and wife Troian Bellisario. Does Troian not look like an absolute angel? so effortlessly beautiful!