African Fashion brands you all need to know about!

The rise of African fashion

In the last couple of years, we have seen the rise of everything African thanks to this educated generation of the diaspora (which I can happily say I am a part of) who are open to the world and proud of their dual culture. These days everyone is proud to be African, I remember when I was growing up so many people growing up were ashamed to say which country they were from (this may or may have been because I grew up in a predominantly caucasian area) and it wasn’t until I got to 6th form that I saw just how proud people were of their culture and how keen people were to learn about their cultures. The older I get the more I realise just how important it is for me to know about my culture and go back home to Zimbabwe regularly because after all I am Zimbabwean and I want to teach my children the same things that I have been taught so they can pass it on it to their children and so on.

The world has never been as creative as it is right now, our generation has access to resources that we did not know even existed 100 years ago and this helps to explain why there are so many breakout Africans in various categories from Arts to Music and of course Fashion etc.  The reason as to why African fashion has become a phenomenon is because our generation, one of which hasn’t waited for outside interest aka the western world, but instead we have taken matters into their own hands by creating our own businesses, brands, media and blogs to validate what has not been validated up until now and I could not be more proud to be a part of something so beautiful, to be a part of history! It’s no surprise that the western world wants Vogue Africa! We now live in a connected and engaged generation that dares to denounce acts of racism or even ordinary stigmatization by putting up a united front against all of it taking on, for instance, the use of blackface and the absence of black mannequins in fashion, the lack of diversity within the fashion industry etc and most importantly cultural appropriation. A conscious and responsible generation that wants to contribute, in its own way, to a renewal in how the world sees Africa. In other words, every single day we are changing Africa’s narrative!

To summarise – African fashion is riding a wave of creative output and recognition, gaining global press and an international clientele after being ignored and copied for decades. Our time as Africans to show the world what we have to offer has finally come!

The Brands you need to know

I’m going to be completely honest with you, before 2015 I knew NOTHING about African fashion. I was completely oblivious. I think my love for African fashion was initially an accident (I know it sounds crazy right).

I remember I was on Instagram and I came across an influencer in one of the first brands I ever discovered – Grass Fields. Once I clicked on their page a whole new world opened up for me, I was falling in love with fashion all over again! From then on I was OBSESSED and I kept coming across more and more brands alike. This completely changed my mind on the idea of African fashion – in my head, it had always been the typical traditional attire we see our mums wear to weddings and on special occasions or just around the house, basically the Ankara prints. Can you believe I was ever this naive and IGNORANT? Little did I know that African Fashion just like every other type of fashion had evolved with the times and also catered to the younger generation.

In many aspects, African Fashion has changed drastically over the years but it still somehow remains traditional with western influences, African designers have gone way ahead to experiment and create beautiful designs using fabrics from all over the world and I am so excited to share with you my favourite brands; 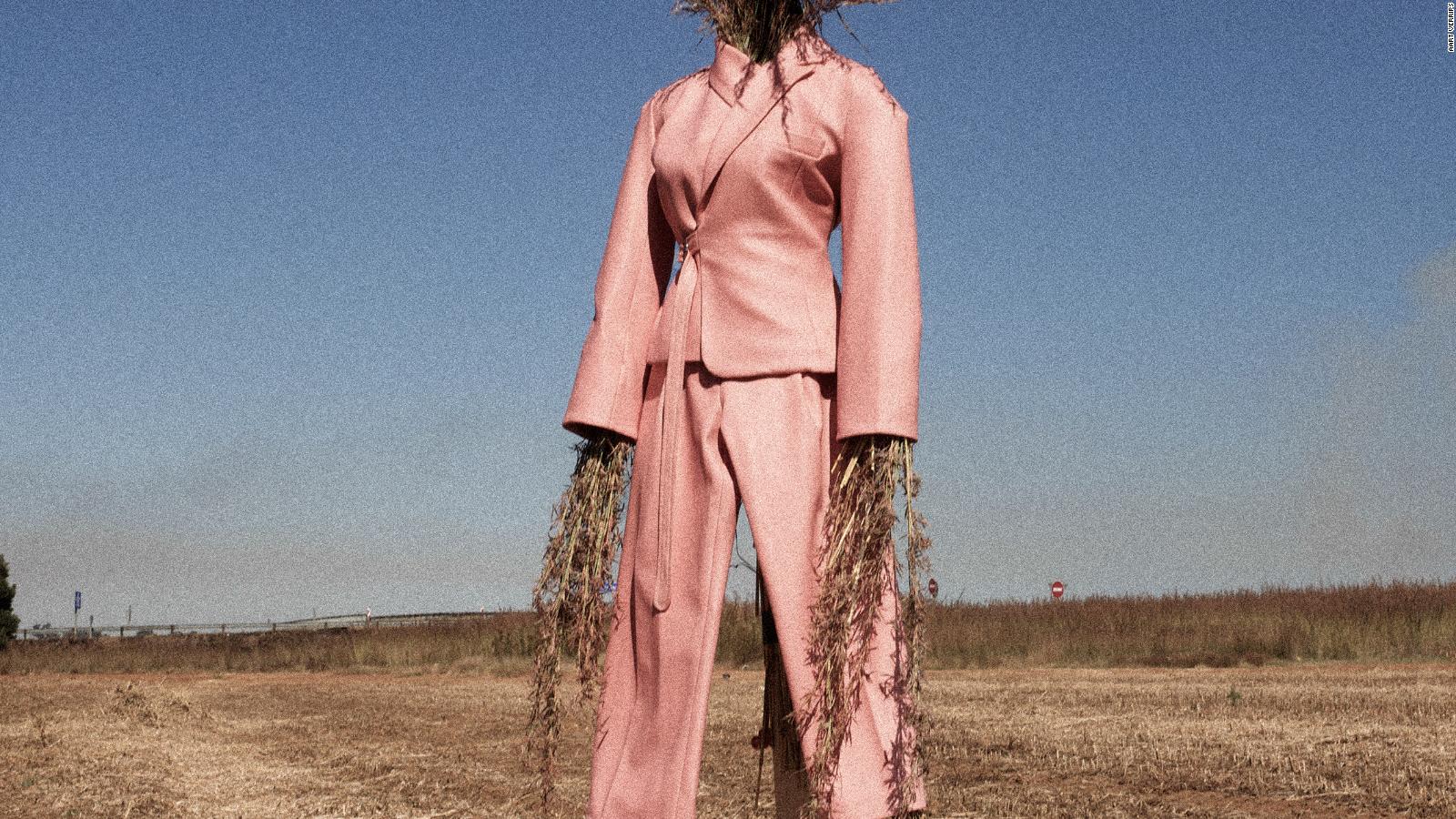 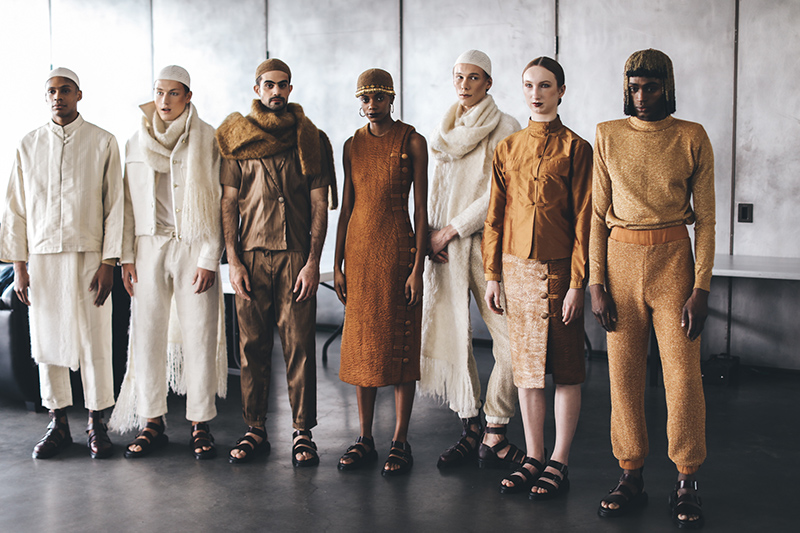 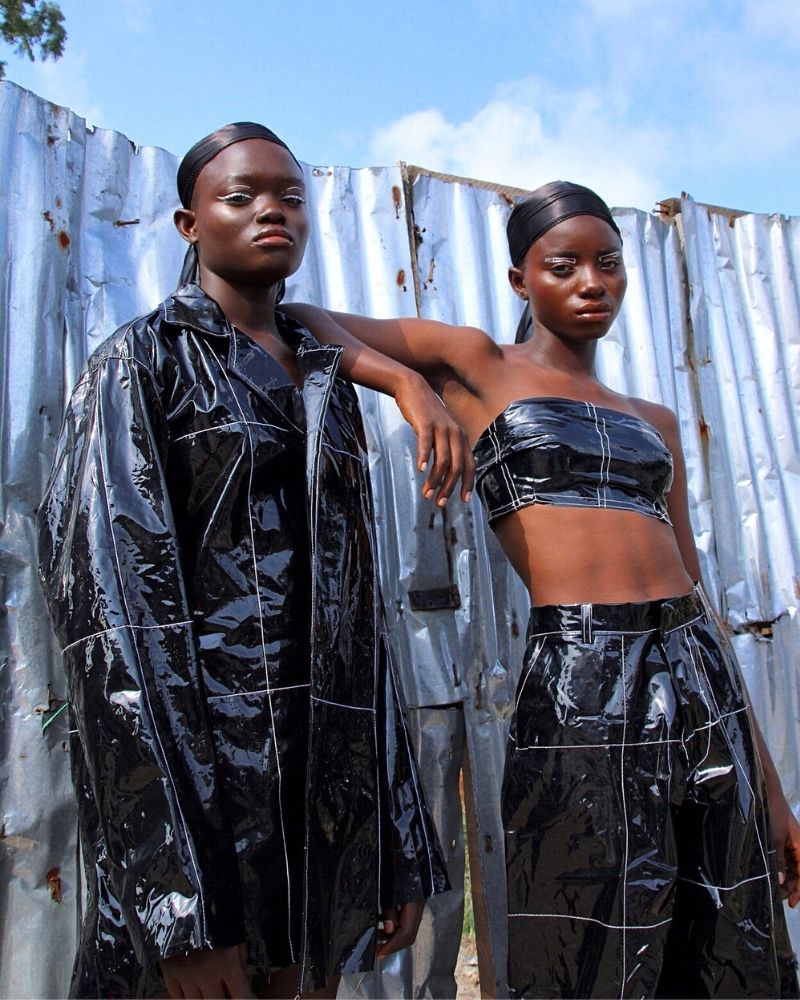 Is Vogue Africa a good idea?

Vogue is the holy grail when it comes to fashion magazines, it is known as the bible of fashion, it is every fashion lovers go to and I guarantee you for a fact that there is no one in this world that has never heard of vogue. I remember buying my first ever issue at the age of 12 and this was when I first discovered my passion – I literally remember skipping lunch at school one day just to pay for it and it was the best decision I ever made! From then onwards I have been addicted, my collection of Vogue magazines got so big to the point that my mother threw most of them away because she thinks I’m a hoarder (I’m not btw). However little does she know Vogue is the main source of my inspiration when it comes to writing blog posts. So my question to you guys is, should there be a Vogue Africa? When it comes to this debate I am so conflicted, if you asked me the same question a few days ago I would have said YES, Most definitely but now after reading up on it I really don’t know.

If you didn’t know this already, Vogue started off in America as a weekly newspaper in 1892 and then later became a monthly publication. It is known as the worlds biggest fashion and lifestyle magazine covering every single topic you can think of. Topics of which can all be covered from the African perspective. It’s first international edition, British Vogue, was launched in 1916 and it has since expanded to include 23 more international editions, among which are Vogue China, Arabia and India and recently Vogue Poland. Vogue launched 125 years ago and it’s only now that they are considering a Vogue Africa? Why now? Is it too little too late?

Speaking to Reuters, Campbell said “We just had Vogue Arabia – it is the next progression… Africa has never had the opportunity to be out there and their fabrics and their materials and their designs be accepted on the global platform… it shouldn’t be that way, people have come to realise it is not about the colour of your skin to define if you can do the job or not.”

I agree with this 110% there are so many talented Visual creators in Africa and the continent has so much history and culture to share with the rest of the world, people have their own perspectives of Africa and they are so incredibly outdated – there are people that still think we live in huts? How ignorant can one be? The world deserves to get to know just how wonderful my continent is, it deserves to see the beautiful people that belong to it, the fact that we don’t place negative stereotypes upon each other instead we celebrate each other and they deserve to see what true diversity it!

What I have come to understand is that the apparent hesitation with launching vogue in Africa is the idea that Africa lacks an adequate luxury market which is a very big misconception, according to a 2015 report by Bloomberg, at the time, Africa’s luxury retail sales represented the second fastest growth rate globally. This can largely be attributed to the presence of new luxury retail locations in South Africa, as well as Nigeria’s increased craving for luxury goods. I feel like in a way Vogue Africa will help to shut down all the misconceptions people have when it comes to Africa but if it does happen I want it to represent every single country on the continent. It needs to be inclusive and I want it to showcase AFRICAN BRANDS because there are so many incredibly talented African designers that just don’t have the funds or the means to become ‘mainstream’ and it is so frustrating when the western world try and essentially copy from us and take credit, for example, earlier this year when Maxhosa by Laduma sued Zara for copying their sock design. I guess what I’m trying to say is that the magazine needs to be 100% authentically African.

Nigerian-born fashion designer Ikire Jones tweeted, “We gotta stop asking folks to let us into their parties when we can throw better ones.

And then there’s this statement! I feel like the world is so focused on becoming westernised that in the process we are forgetting who we really are to the point that we’re constantly looking for approval from these countries. Instead of living up to our own standards we try to live up to theirs – especially when it comes to beauty. It’s so sad seeing African girls lose self-confidence because they don’t fit the norms of western society! We don’t need Vogue, It’s time for us to claim our rightful place as innovators! Why should we wait to be accepted by these institutions? Why should we allow someone else to represent Africa when we ourselves know it best? No one else is going to put in the same passion and love like us. It’s time for us to take charge and create something AMAZING to showcase to the rest of society because Africa is most definitely a force be reckoned with! One day it is going to take over the world and I cannot wait!

So what is your opnion? Should Vogue have the blessing of branching out into Africa?

Was Stella McCartney wrong to include Ankara styles in her collection?

Incase you missed it, during PFW last year in October Stella McCartney unveild her SS18 collection and there was a lot of controversy around it, the brand incorporated Ankara designs into their new collection to create dresses, jumpsuits and tops and people were pretty angry. Ankara, which is also known as wax print, is a popular pattern in West African countries like Nigeria, according to All Things Ankara. The print is distinguished by bright colors, tribal designs, and cotton material. It’s frequently used on dresses and is popular for everyday and formal outfits.

“Are we going to talk about Stella McCartney using Ankara prints, meanwhile there was only ONE African model on her runway?!” asked writer Amarachi Nwosu on Twitter, while OkayAfrica accused the designer of “fashion colonialism,” requesting that Western designers “please stop taking designs that Africans have been wearing for years, calling them your own, and charging people out the ass for them.”

As someone who is African I completely get where people were coming from, first of all they could have at least have had the decency to hire more black models to represent the culture behind the designs rather than have white models wearing them, this is where I believe Stella McCartney went wrong. Secondly, anyone of sound mind would never spend £3000 on an Ankara style item when there are so many amazing and underrated African style designers out there that sell great quality pieces for less 2% of the price. Last year during my annual trip back to Zimbabwe I had my local tailor make me 3 Ankara style tops for £4 each and yet Stella McCartney are out here trying to rip off by putting £3000 on a piece of cotton I can buy back home.

“The prints were about celebrating a unique textile craftsmanship, its culture and highlighting its heritage,” Stella McCartney chief marketing officer Stephane Jaspar told Fashionista via email. 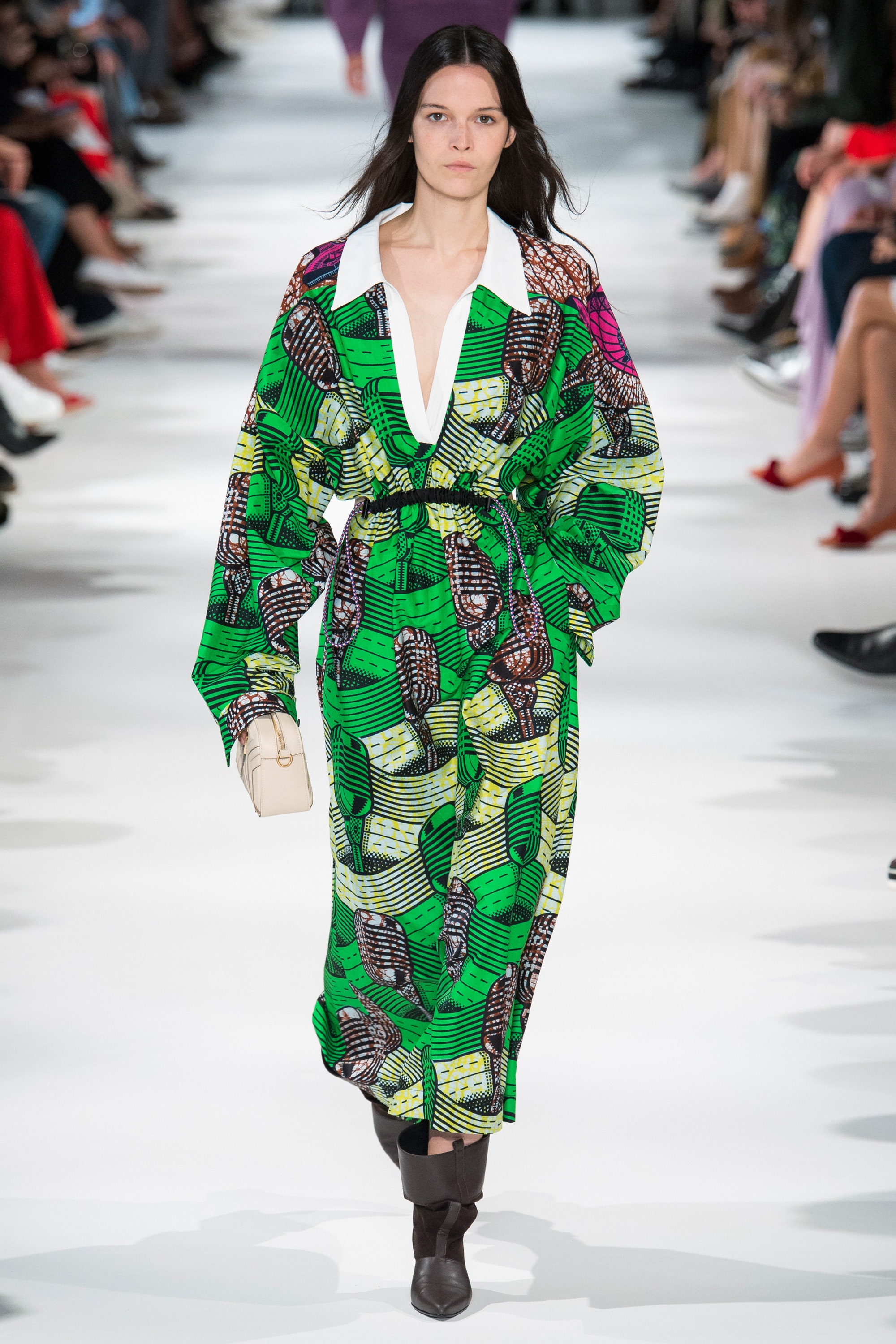 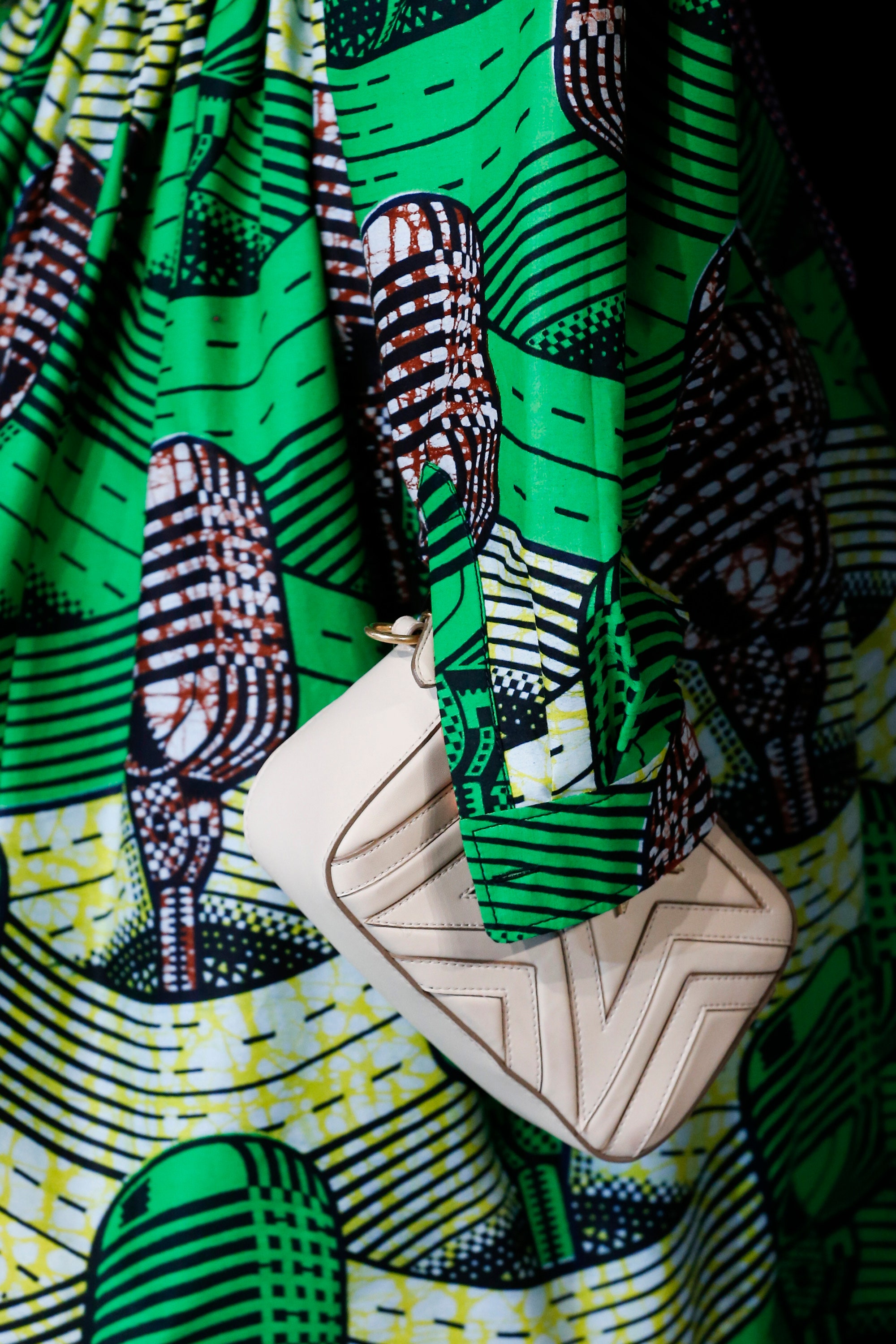 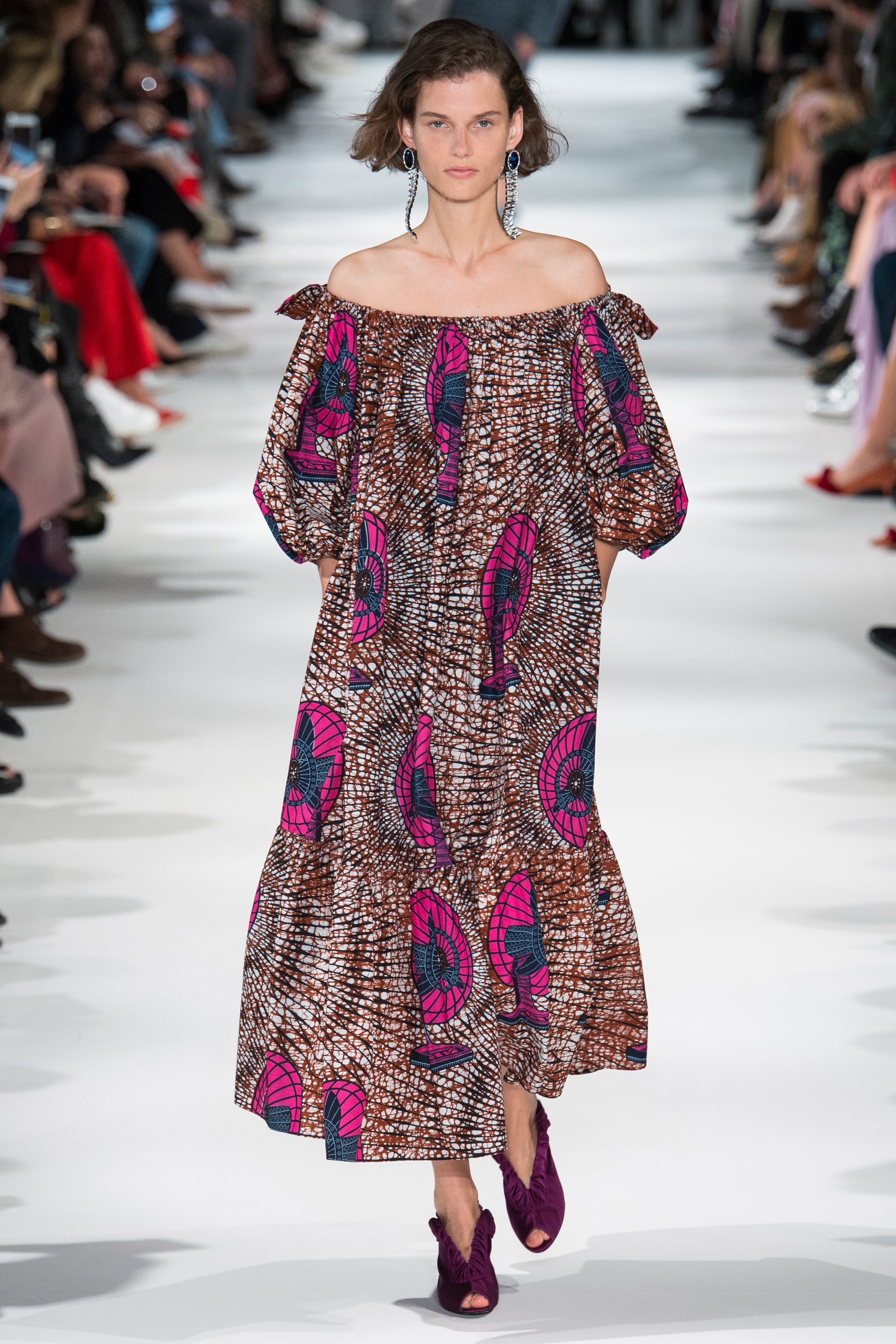 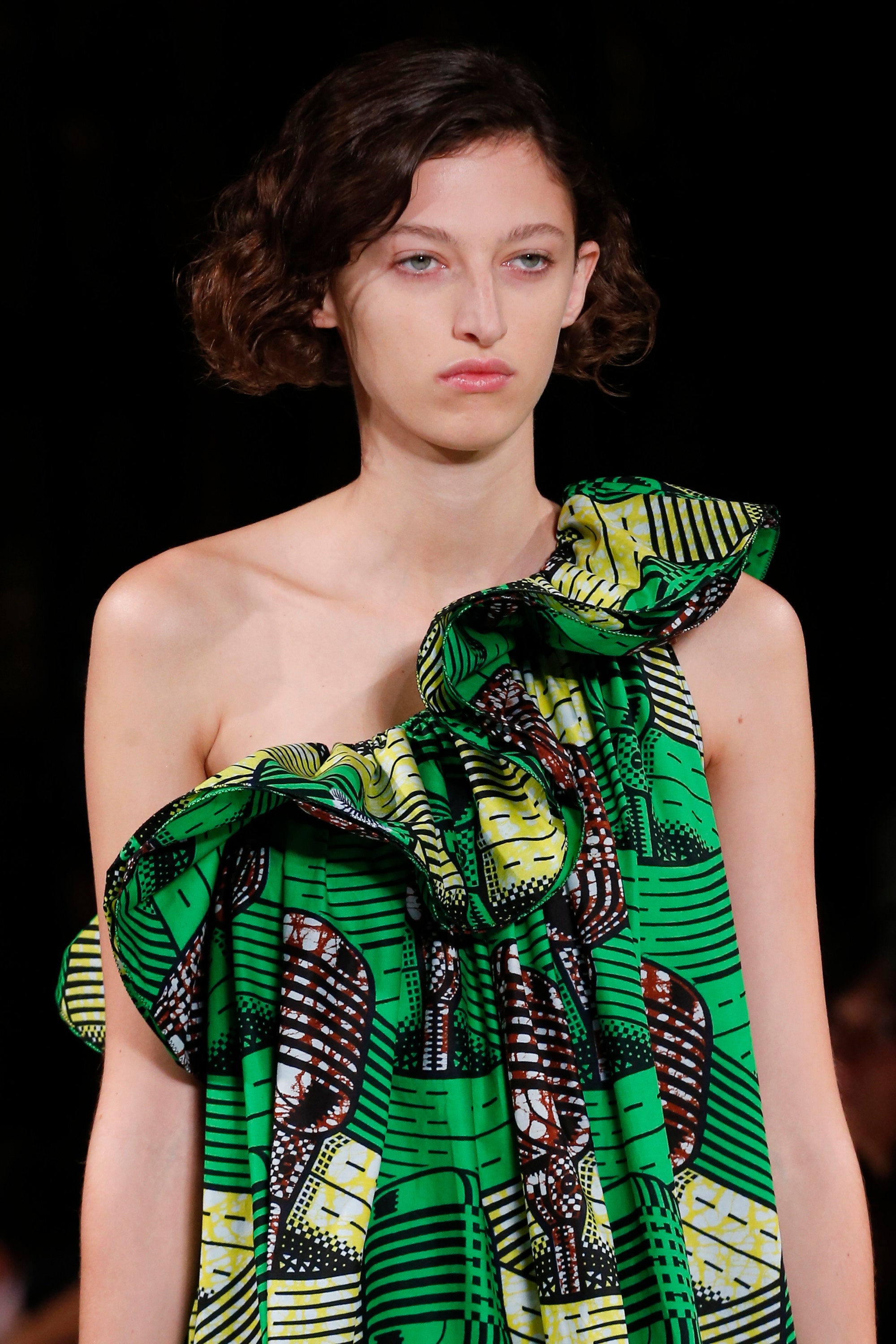 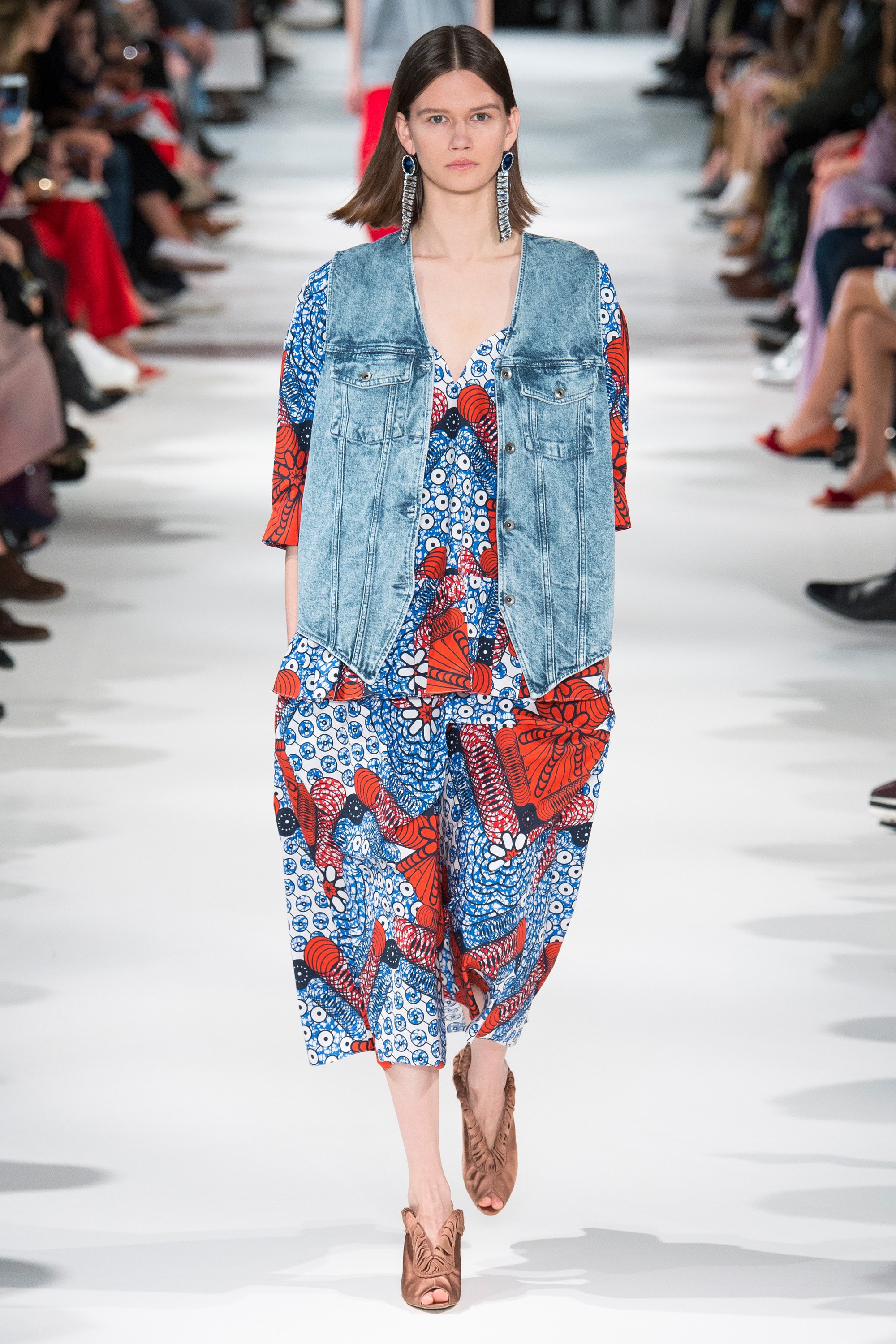 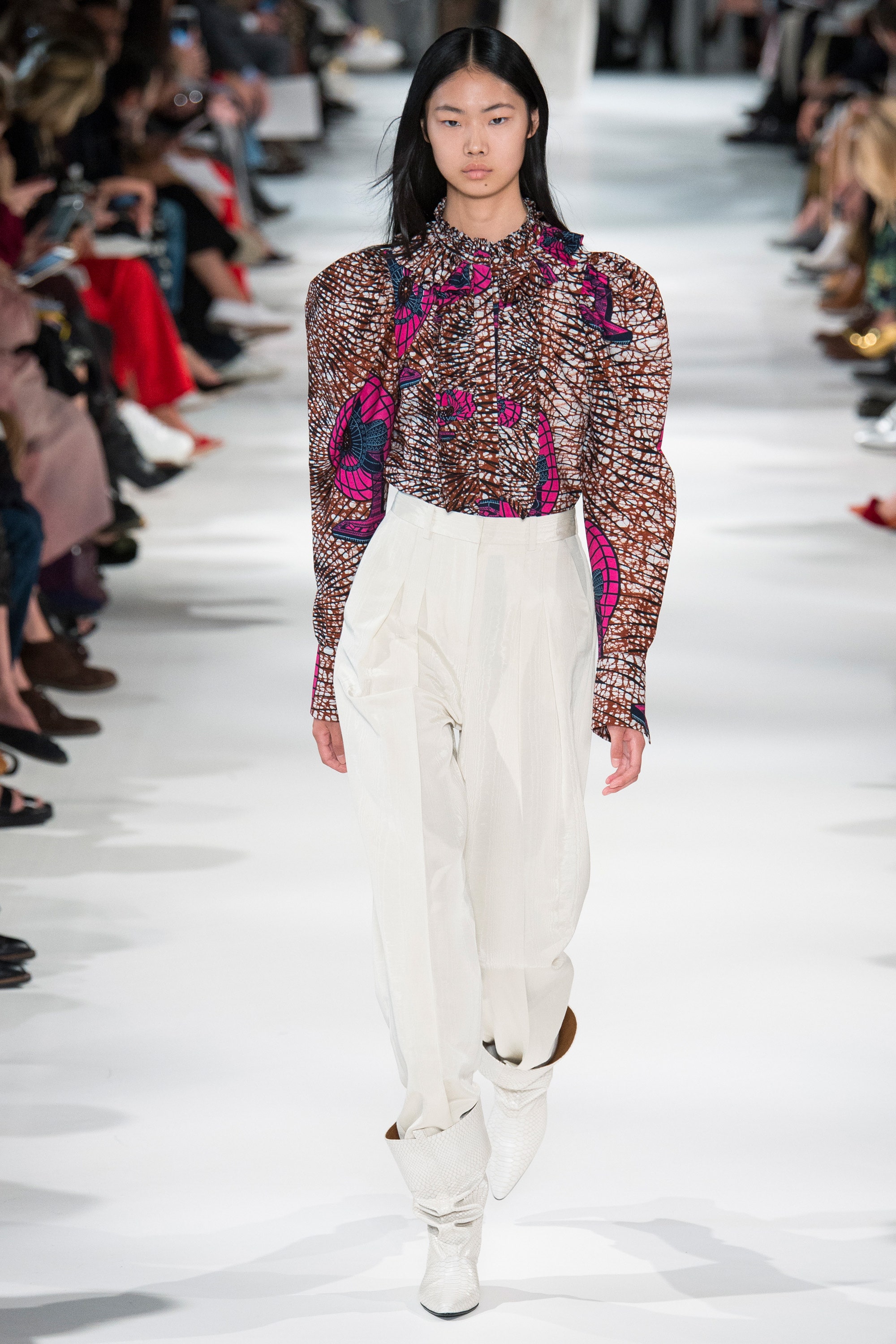